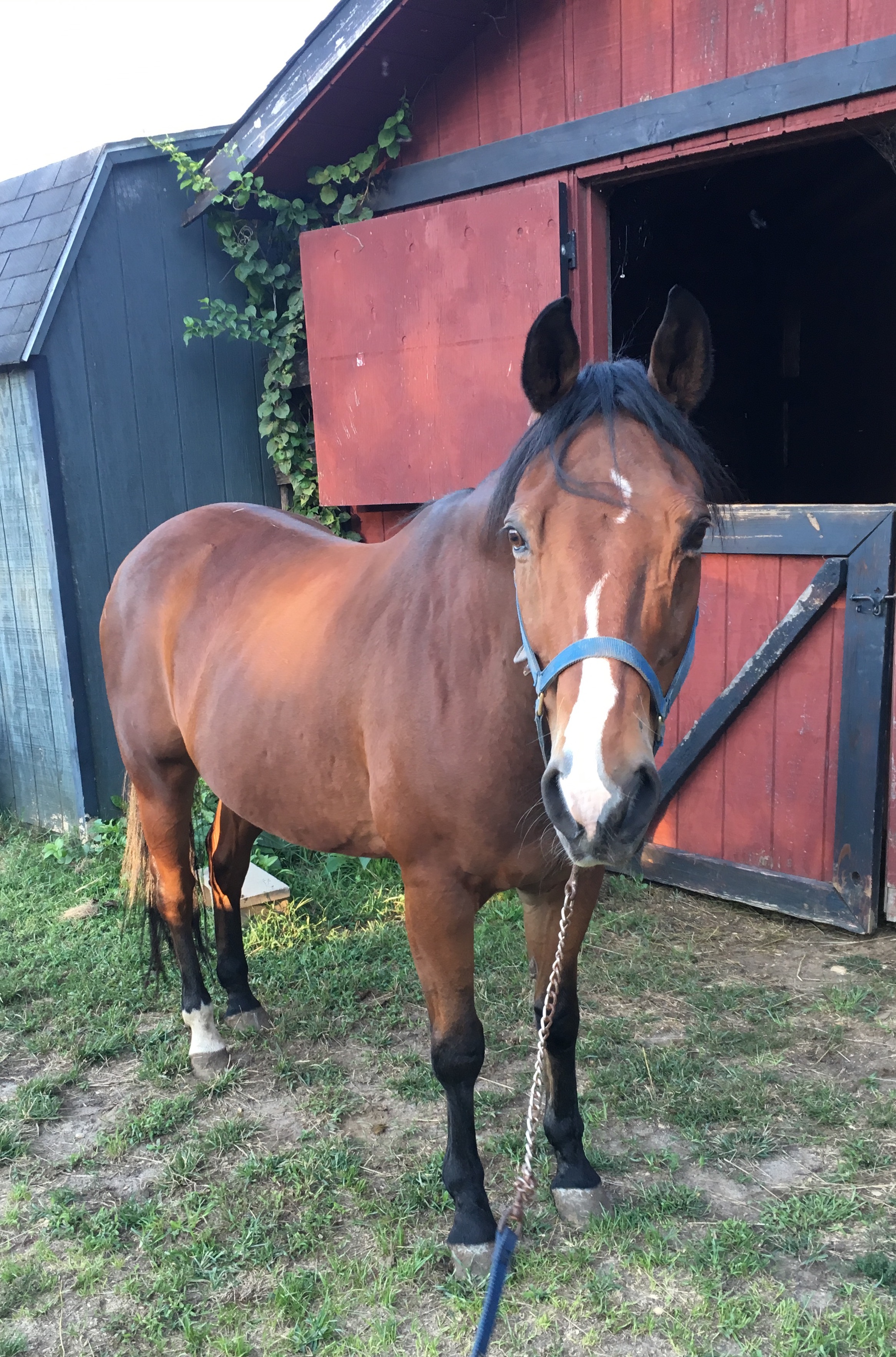 Posted at 12:53h in Horses by Jennifer Zalak

Jesse is one of our newer members. He joined us last September. He is a cute little 26ish year old, Quarter Horse. Jesse was a former reining horse who, from what we have heard, had a nice show record as did his parents. Jesse, as he got older, developed some digestive problems from the demand of this extensive showing career, so he needs to eat a special diet. At his former home, he was rarely, if ever, turned out which is not good for a horse with digestive issues. When he arrived at Twin Oaks, he was slightly underweight but after altering his diet, he gained weight and is nice and round and his digestive issues have subsided. We also found him his best friend Dealer, as every horse needs a friend.  He is one of the most lovable, funniest and smartest horses we have had the pleasure of giving a home. Since he is so sweet and plump everyone calls him “Cupcake,” which suits him very well!