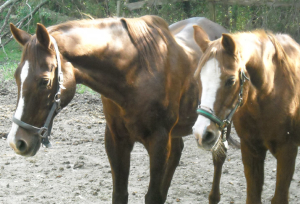 Posted at 14:29h in Memorial by Jennifer Zalak

We said goodbye to Jet in January of 2015. Jet was 31 years old. Jet had several different owners in the time that we knew him. His first owner purchased him after a bad divorce and used him for trail riding and some local shows. She then gave him to a friend of hers at the barn as he had just lost his horse to a bad case of colic and was devastated. Jet was able to help replace his loss. That owner in turn gave him to another friend at the barn as his daughter was going away to school and he was moving out of the area. That owner took him to his backyard where he took Jet out on trail. Unfortunately, as Jet got older an old injury came back to haunt him and he could no longer be ridden, so he was brought to us to live out his days peacefully with his pasture mates, Skippy and Simon. The vet feels that Jet suffered a stroke and succumbed to the effects of the stroke.