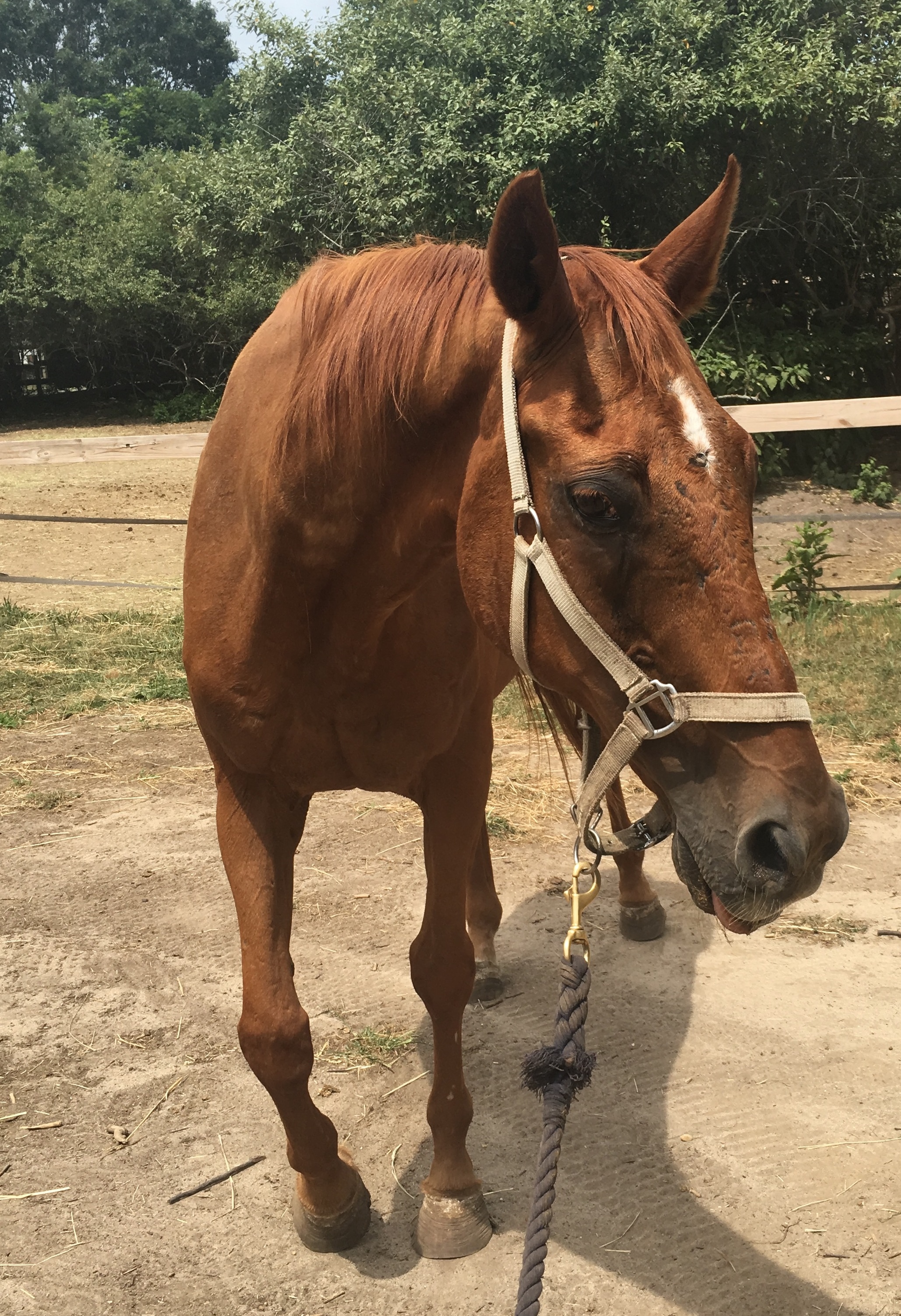 Posted at 15:58h in Horses by Jennifer Zalak

Rumor has it that Montague is Secretariat’s grandson. We are trying to confirm this, but since Montague, aka Monte is 32 years old, his tattoo is slightly faded. If this is true, good lineage does not mean a good life for a horse. Monte was rescued by his former owner when he was 3 years old as he was being abused. She made sure he was taken care of but he was not allowed to have horse friends or be dirty. Before arriving at Twin Oaks 6 years ago, someone at his former barn decided to turn Monte out with a group of horses who, in turn, did $3,000.00 worth of injury to Monte and when he came to us he was very underweight. Monte’s weight still fluctuates and we have to keep a constant eye on it because he has anxiety issues. We have also adapted his diet to the dental problems he has acquired over time, since his lower plate flattened/straightened, his front teeth do not meet but his back teeth do meet, allowing him to chew.  Although he can eat, we use various resources that enable him to comfortably eat and keep his weight on. Monte is a very sweet boy, but very insecure. He has found his security blanket in his friend Moon. Monte must have Moon in his sight at all times. However, we have found him a nice group of friends but his best friend is Blue. As long as Monte can see Blue and Moon he is calm.  Now that he has his friends, Monte never, and we mean never, can be without them as he lets us know.